3D Hologroup, Inc. is excited to announce the Beta release of its patent-pending Software Development tool, 3DHoloAppDev, into the Microsoft App store for the Hololens 2.  This revolutionary tool allows the user to use hand gestures and voice commands to quickly and easily develop databases, database tables and C# code files.  “This tool can greatly reduce the development time of database schemas and object-oriented classes for the Microsoft stack.  Using 3D representations of the various development constructs the user can use an interface that is more intuitive to humans.  Use a Microsoft Hololens 2 Augmented Reality headset the user can quickly issue voice commands such as “create database”, “create table” and “create column” and then use hand gestures to set various properties to the schema.  This works similar with creating a C# code file.” says Greg Partin, Founder and CEO of 3D Hologroup, Inc.  “Having grown up in the software development world as a software developer this tool can upend the way software is developed going forward.  We have put 3DHoloAppDev into the Microsoft App Store for free so we can garner feedback from initial users.  Once we have flushed out initial feedback we will look to monetize the tool”.

3D Hologroup was formed to help bring Augmented Reality to the world by offering custom AR software for various hardware devices such as Magic Leap One and Microsoft Hololens/Hololens 2.  The company is also a reseller for Mad Gaze Augmented Reality glasses.

Download the Beta version of 3DHoloAppDev for the Hololens 2: https://www.microsoft.com/store/apps/9NHJ7D5J32DK

Visit us at www.3dhologroup.com to learn more about our Augmented Reality hardware and software offerings. 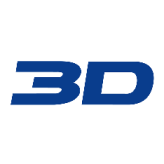